Philosophers and theologians will be discussing basic history, problems, and issues in philosophy and theology for a modern non-academic audience and from a working class perspective varying from ancient pre-Socratic to modern philosophies and theologies of language, science, existentialism, and pragmatism. The emphasis is on how dominant philosophies have and do affect the working classes throughout history because this is the group of people who suffer the worst and adverse affects of whatever are the dominant philosophical ideals of any given age and who usually are the least knowledgeable about the nature of the ideals and why they are dominant. Theology is studied as a branch of philosophy and not as religious theology.  Both Western and Eastern perspectives will be covered.

It is not our goal to create an idiocracy or be ideologues by oversimplifying the problems of philosophy and theology. Our modern technological world is so very complicated that it is easy to forget the basic premises of human thought that have made us successful so far in beating the natural world’s will to kill us and wipe our societies from the universe. For example, mathematics is incredibly complicated, yet all of its incredibly convoluted rationally challenging complexity begins with one operation: addition. As George Orwell wrote in his 1984, if you do not understand that 2 + 2 = 4, all of mathematics and the concept of freedom and free society is worthless farce. Modern culture loves generating libraries of verbiage to hide that 2 + 2 = 4. To be free in an open society, persons especially the workers of the world must see and understand the basic foundation truths of reality. Hopefully, they can then go on to more subtle contemplation of the nature of reality in a modern technological society.

Truth, Red Pill or Blue Pill, Does It Matter? 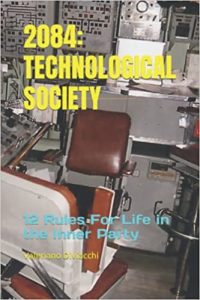